The prestigious Gallimard publishing house is publishing the novel “War” by Louis-Ferdinand Céline this Thursday 5 May 2022 in its classic White collection. A lost work then reappeared in an enigmatic way. The approximately 150-page book includes illustrations and appendices. The Gallimard gallery is dedicating an exhibition to these too Manuscripts found with Alban Cerisier as curator. On display from 6 May to 16 July 2022.

This book, probably written in 1934, remained ten years in the novelist’s archives, in his apartment in the Montmartre district. In June 1944, feeling the wind turn, this collaborator left Paris in a hurry. Direction Germany, where he does not have the opportunity to film his unpublished him. Resistance fighters confiscated these 6,000 papers. Their fate remains unknown for sixty years, until they are handed over to a former journalist, Jean-Pierre Thibaudat, who contacts the beneficiaries.

The latter, the lawyer François Gibault and another close to Celine’s wife, Véronique Robert-Chovin, did not want to work with him. And Jean-Pierre Thibaudat had no choice but to hand over the manuscripts to the police, as his lawyer, Emmanuel Pierrat, told Europe 1 on Tuesday. Gallimard is immediately determined to publish these unpublished works before all of Céline’s work enters the public domain, in 2032. “The work must be done very scrupulously”said the managing director of the publishing house, Antoine Gallimard. 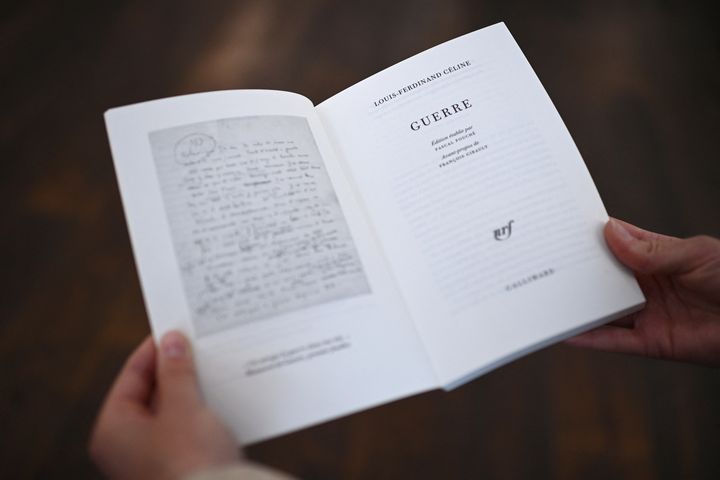 A woman holds a copy of the novel “The War” by the French writer Louis-Ferdinand Céline, two days before its release, at the Gallimard gallery during the exhibition entitled “Céline, manuscripts found”, on May 3, 2022 in Paris (CHRISTOPHE ARCHAMBAULT / AFP)

The novel “it was transcribed from a first draft manuscript, the only one known. (…) The text presented here restores the last state of writing”written in a “amendment note” the historian Pascal Fouché. “Céline writes a lot in abbreviated form. With practice we can decipher, but he deletes, rewrites between the lines, and often these are small additions that are very difficult or even impossible to read “he told AFP. Some words or passages are therefore in square brackets.

“You write very quickly, on top of the pen. Leave empty spaces, there are repetitions, there are blunders that you would necessarily have corrected in the correction phase. There is no punctuation or very little. There are no paragraphs”, He adds. Gallimard added some, according to the writer’s habits, rather than transcribing them ad literam the continuous flow of the first draft. In content, the novelist held a very successful draft. Why didn’t he ever publish it himself? “We can only make assumptions”according to Pascal Fouché.

The press unanimously welcomes the event. “The end of a mystery, the discovery of a great text”according to The point. “A short, lively, tragic and obscene text, to accompany the writer’s masterpieces” And “a miracle”according to Le Monde. “Breathtaking”, says Le Journal du dimanche. In the purest tradition of the Celinian novel, dark, nervous and raw, War opens with the awakening of Brigadier Ferdinando, 20, miraculously alive on the battlefield of Poelkappelle (Belgium), one night in 1915. 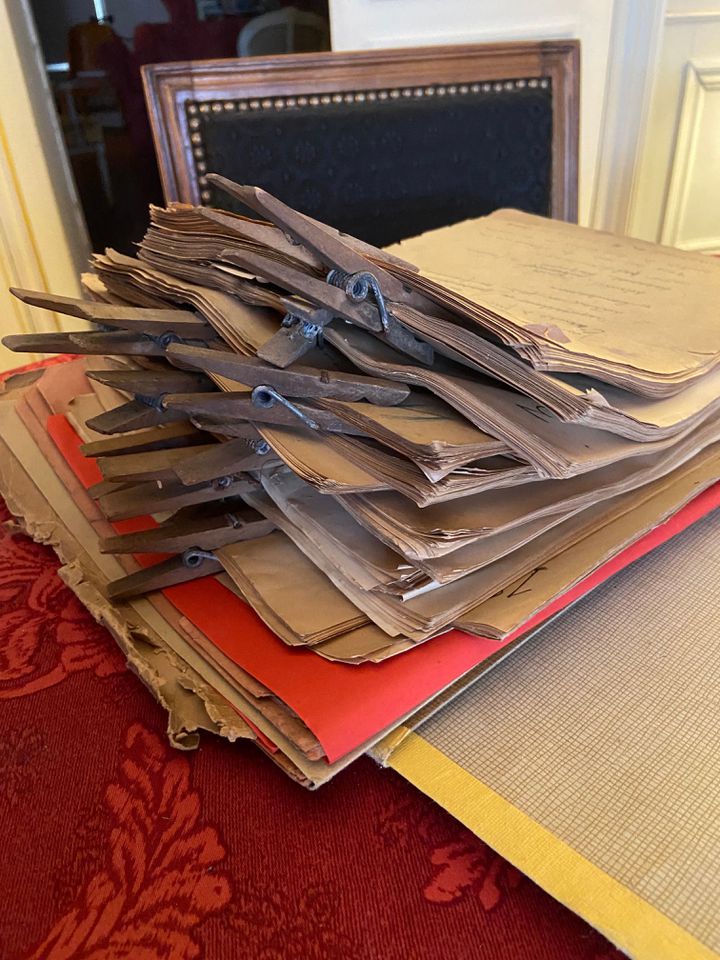 This photograph taken on August 10, 2021 shows the manuscripts of the French author Louis-Ferdinand Céline recently discovered in a law firm in Paris. (NICOLAS BOVE / AFP)

The writer recounts how an English soldier rescues him, then his convalescence not far from the front in Peurdu-sur-la-Lys (actually Hazebrouck, in France), and finally a hasty departure for England. The stay across the Channel will be the subject of another unpublished, longer one, Londoncoming out in the fall. War it was probably written in 1934, shortly after the scandal of Céline’s first novel, journey to the edge of the night (1932).

The anti-Semitic turning point, which the writer will never regret, dates back to 1937, with the publication of the pamphlet Small things for a massacre. At the end of 2017 Gallimard announced the publication of this booklet and the like, with a critical apparatus. The project has vanished, for lack of “methodological and memory conditions (…) to consider it serenely”according to CEO Antoine Gallimard.

Now that this controversy has subsided, the reappearance of War And London celebrates an important work of 20th century French literature. “These manuscripts arrive at the right time or with a divine surprise, as you wish, for Céline to go back to being a writer: the one who counts, from 1932 to 1936”believes Philippe Roussin, researcher specializing in Céline interviewed by the AFP. 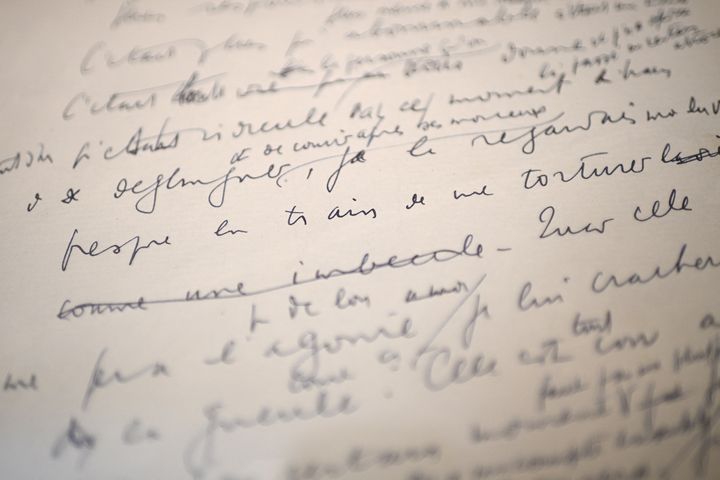 A photo taken on May 3, 2022 shows a framed sheet of an original manuscript of the novel “The War” by French writer Louis-Ferdinand Celine exhibited at the Gallimard gallery during the exhibition entitled “Celine, manuscripts found” in Paris. (CHRISTOPHE ARCHAMBAULT / AFP)

The reporter is unanimous against him. But the novelist, whether we like his popular verve or not, occupies a privileged place in the history of the genre, for having shattered bourgeois literature, conventional narrative and style, translating the anguish of “between two wars.” Show his trauma “hairy”badly injured, and his 1930s creative frenzy is at the heart of the exhibition opening Thursday at Galerie Gallimard, Céline, the manuscripts found.

In the Gallimard gallery, sheets are framed, including the first of Warwhich ends with what should become a cult quote from Celine, emblematic of the obsessive hammering of the cannon in the narrative: “I took the war in my head. It’s locked in my head.” “There are anthological scenes, and this constant presence of death, of the horror of the fighting that the war in Ukraine reminds us of today, but also of sex … For a first draft, the text is extremely strong”historian Pascal Fouché, who conceived the edition, told AFP.

Another quote, engraved on a wall: “They burned them, almost three manuscripts, the pest control vigilantes!” This, of a Céline enraged for having lost the fruit of her labor, distorts reality. This is demonstrated by the good state of conservation of the manuscripts in the following century.